Tonight Sonya (known on this site as

sovay) and I proposed to each other on the first anniversary of our being Together as a Couple. I don't think I would have thought a year ago at this time that we would end up like this, but here we are and I could not possibly be any happier.

We knew this was going to happen for a while now, but wanted to wait until we had survived at least one year together before making it Official. By Official I guess I kind of mean "announcing it to the Internet" but also actually performing a ritual. It's not The Expected Ritual; neither of us are sticklers for tradition, especially for tradition's sake. I did not want to be The Guy and be the only one asking so as to put her on the spot, as we are equals in all that we do. Sonya didn't want any of the traditional engagement stuff involving diamonds, and she also really wanted to propose to me as well. There really was never any question of "who gets to propose to whom". We just Knew.

That is what draws us together, and that is what we celebrate every time we kiss, murmur affectionately to each other, or even just glance over and smile.

We went out for dinner tonight, first at Cambridge Brewing Company for dinner and then The Friendly Toast for dessert. These restaurants were not chosen for any special significance other than the fact that we like eating there. Ascribing anything more would have been superfluous. We have shared plenty of incredible meals together in the past year and we shall have plenty more. After a terrific dinner of duck cassoulet and mussels in a mustard-bacon sauce, plus some nice beers, we sauntered over to the Toast for dessert and drinks.

Details schmetails will be forthcoming. Except for "sometime in 2014" we have not set a date but we plan to have a small interfaith ceremony for our families with my father and a cantor friend presiding, and then hold a screwball film festival at the Somerville Theater for our friends. How can you pass up the opportunity to hold a wedding with program notes, for crying out loud? Weddings in general give me hives, so I want to make sure everybody who wishes to celebrate with us has the chance to do so, yet without the social obligations that usually go along with that kind of thing (table placements, overly-elaborate RSVPs, registry-related guilt, the Goddamn Chicken Dance.)

The fact of the matter is that I love Sonya very much and she loves me very much and we love who we are together. We wish to share a future together and this is just our way of saying all of that.

Also hey, LJ and how you doin. 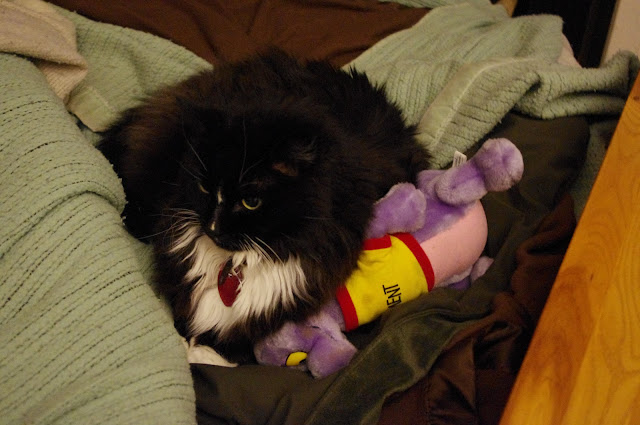 Abbie and Figment are friends.
Collapse