Ever since more-or-less finishing up the dark ride Jinx I have been working on a second Minecraft dark ride project. The current project has taken on the name Chamber of Science due mostly to the fact that I've been doing all my fribbulous redstone circuitry work, including the light displays and adding machine, in that flat world.

Naturally one must apply the principles one has learned to one's dark rides. 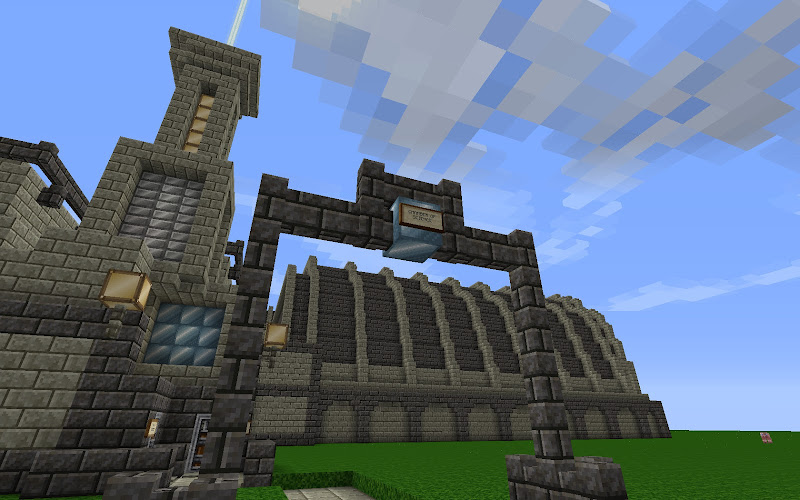 THE CHAMBER OF SCIENCE AWAITS 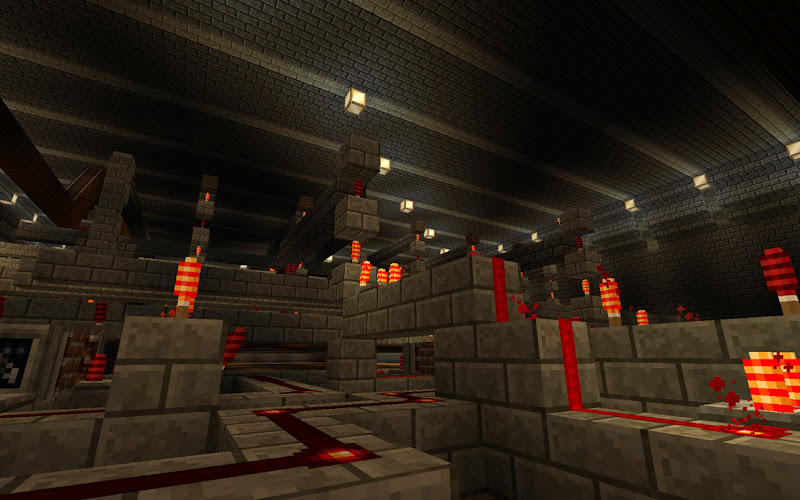 This circuitry is part of the innards of the third stunt (that's dark ride lingo for "something cool happening", more or less) in the Chamber of Science. 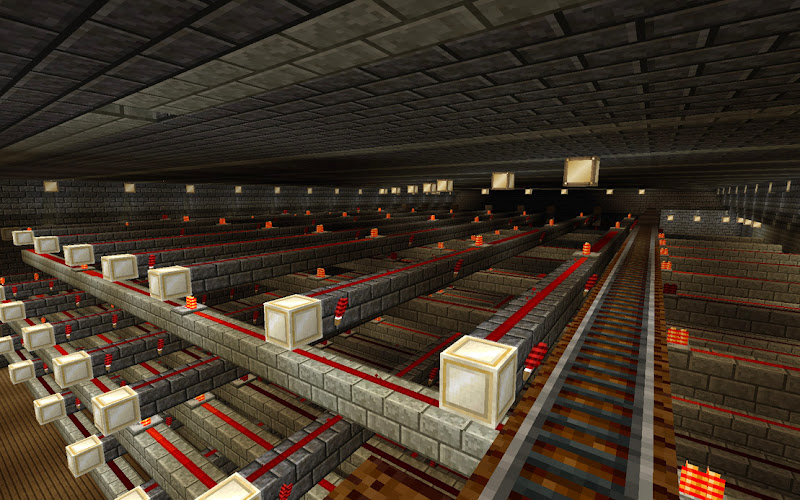 The ride's layout passes through these innards, a eight-bit memory array, so you can relax undt watchen das blinkenlights. The white light cubes on the left are just for illumination, though the columns strobe very slowly since they're connected to the circuitry what drives the lights for the stunt. 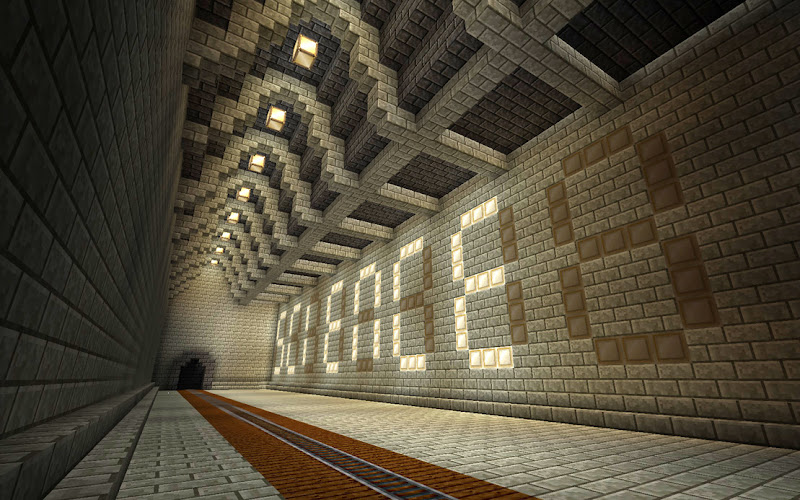 The stunt itself is an eight-character message board which cycles through eight cheery messages as your cart goes past.