The second image on the top is part of my series on "The Excitement And Glamour Of Audio Drama Production". The bottom images are all from the Putnam Gallery of neat (and sometimes scary) scientific instruments, which you can visit if you're ever in the Harvard Science Center and have some time to kill. 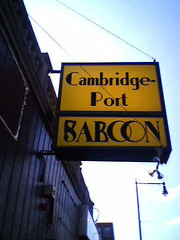 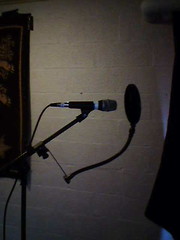 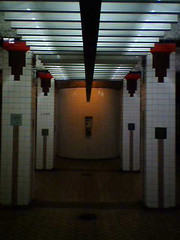 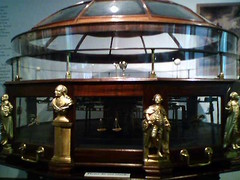 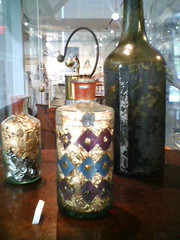 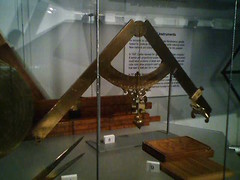 Saturday night was Drive-In Night, which meant a jaunt over to the Mendon Twin for WALL-E (I'm using the hyphen because I don't want to use the ampersand code for the extended character) and Journey to the Center of the Earth (though probably not in 3D). I say "probably" because we didn't actually get to go. Carolyn and I arrived well before the movie start time, but found ourselves in a long line of cars idling in front of the "toll booth" box office. By the time we were two or three cars away from buying our tickets, the show sold out. We were all routed around in one U-turn chain and sent home. Yes, the moral of the story is to arrive early early early (so early, in fact, that you have plenty of time to tailgate beforehand and enjoy dinner and maybe toss a frisbee around or something) but in this case, it was still enjoyable just to take a drive out for the evening.

We then went to a multicineplex off 495 and caught WALL-E anyway, and I was so happy to see it (I do confess that I was glad we saw it on a large cinema screen with full surround sound and all, as I don't think the drive-in experience would've done the film justice.)

I loved the opening sequence. The film accomplished so much with "silence" though honestly in this case, silence just means "lack of major dialogue". The silence gave such a lonely, empty, atmospheric feel to WALL-E's desolate home and watching him go about his daily work, just as he'd done for years and years and years on end, was astonishing and compelling. In this regard it's really a challenging film to mainstream audiences. You must observe the action and interaction between the robotic characters without the benefit of being spoon-fed expository dialogue and/or wisecracks at every plot point. Gasp! Having to make contextual connections and actually watch the screen! You mean we have to think? I feel bad for those who could not follow the story without their familiar crutch, and thus deemed it "boring". Watching WALL-E's silent film pratfalls and navigating whatever environment he was in could've hardly been boring.

I mean, let's face it, this film could have easily been given dialogue: WALL-E and EVE could have easily been voiced by Big Hollywood Stars and the supporting robots all given wacky voices and silly, stereotyped characterizations (the painter robot with an Outrageous Fronsh Accent! The gay hairdresser robot! The tiny but sassy cleaning robot voiced by Wanda Sykes!) ... but saner heads prevailed, and the film is so much the richer for it.

Compare this to the preview which we saw for "Beverly Hills Chihuahua", a live-action talking animal movie which, on the poster, helpfully tells you that it's pronounced "chee-wa-wa". (Disney did the same thing for Ratatouille, but in this day and age I'd think more Americans would know what a chihuahua was than a French dish with crazy dipthongs and stuff.) During the trailer we saw George Lopez voice the chihuahua and Drew Barrymore voice a fancy handbag dog and, as you can probably guess, a lot of the humor comes from watching a dog say stuff like "Oh no she dint!"

Now I'm not saying that if given the WALL-E treatment, Beverly Hills Chihuahua could become a beautiful atmospheric film and pull the heartstrings and give us more reasons to love robots dogs. It's not the same. And if it did happen, reality would FREAK ME THE HELL OUT.

So to sum up here, the movie was absolutely beautiful, its story flaws were overshadowed by its atmosphere and characterizations, and I can't find anything to gnash my teeth over because I actually like thinking for myself.

But mad props to the FoxNews commentator who used the phrase "Malthusian influences" in his condemnation of the film, when approximately 95% of his target audience probably don't know who Malthus was. Way to go, Mr. Big Three-Dollar Word Smartypants!
Collapse