Carolyn and I went to the Mendon Twin Drive-In tonight. The double feature was Speed Racer and 10,000 B.C. but we left after Speed Racer because honestly after seeing it at a drive-in, there was really not much else that could top it. Plot? What plot? It was about Speed Racer and he likes to drive in races and if he wins this one it's a good thing, ok. That's all you need to know except Christina Ricci is like a cross between Trixie and Triana and that's all right by me.

It's a Wachowski Bros. flick, so the appropriate analogy to draw here is the one where I say the race scenes are like the cool stuff happening in the Matrix (that guy just threw a snake at that other driver!) and everything else is like the boring stuff happening in Zion (why do we care about races influencing stock prices?) But the race stuff is really trippy and I mean that, stuff melts and leaves trails and is all candy-colored and stuff, so you know it's kinda fun and hey where did my sugar cube go?

Also, Inspector Detector totally looked like Edward James Olmos from Blade Runner. Seriously. It couldn't have been a coincidence. I was hollering "IT'S TOO BAD SHE WON'T LIVE!" near the end, which was perfectly allowed, because we were in a car. 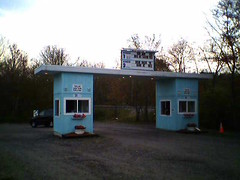 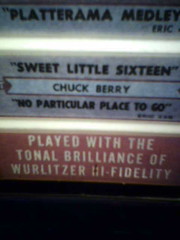 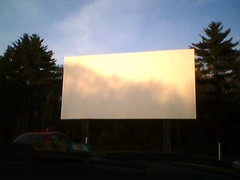 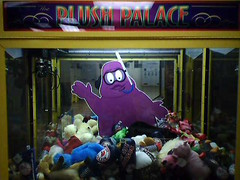