Here's a little-known tidbit for those who may not have known: There is a very short-line electric subway underneath the US Capitol. Nifty, huh? Both the House and Senate have underground tunnels leading from the Capitol Building to additional legislative office buildings (the Senate buildings to the north, and the House buildings to the south.) These tunnels were originally constructed in 1909, but only the Senate had vehicles to ride: two electric Studebaker cars nicknamed Peg and Tommy. House members had to walk.

In 1912, the electric cars were replaced by a unique monorail system with an overhead rail and catenary. The cars had wicker seats for the best in Edwardian comfort but again, just for the Senate. Apparently these cars were used until 1960. The system underwent renovations then, and I believe it was at that time that, hurray! The House got trolleys, too!

Both sides of Congress now have their own subway lines. Operator-driven trains run back and forth all day. The Senate has another computer-automated line just like your favorite airport shuttle. At least one car in every train is reserved for elected officials only. Civilians can ride the subway as part of an escorted tour group, except during voting sessions.

So. How many of you rail nuts have actually taken a trip on the Congressional Subway? Sure, it doesn't look all that impressive, but hey. A subway for Congress. Just think 'bout that. Pretty awesome.

There's a Stop Work Order on the 6 House in Southie. Looks like they weren't up to snuff with their workman's comp: 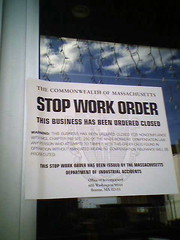 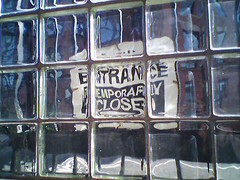 (The second picture is of the subway station across the street, but it seemed kinda appropriate here, eh)


Oh hey here have some other pictures I took today before the pear-shaping went all pear-shaped.
There was forced perspective, shadows, stuff I didn't know what it was for, and other neat things.
This is my first batch of cameraphone pics in a while and I was out at the right time of day for pics.
(The iris freaks out on bright overcast days. It loves sunny blue sky days.) 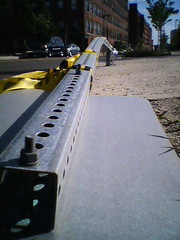 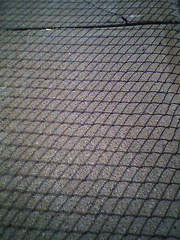 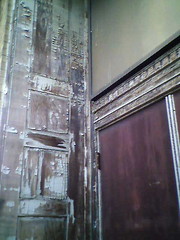 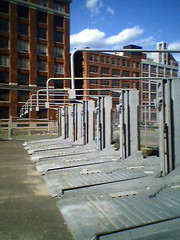 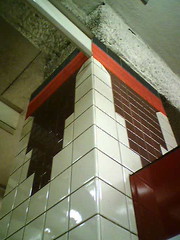 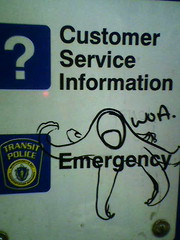